The protest was held to express displeasure at the Value Added Tax (VAT) initiative introduced by the then Jerry John Rawlings government as well as the untold economic hardships experienced by Ghanaians at the time.

Mr. Akoto Ampaw who was known for writing statements for the ‘Kumi Preko’ organising team was described by Kwesi Pratt as someone who has a super-brain.

In reminiscing the successful demonstration, Mr. Kwesi Pratt said: “To be honest with you, most of our statement was crafted by Dr. Charles Wereko-Brobby. Akoto Ampaw also played a key role in putting together statements. I have worked with many people, but of all the people I have worked with, Akoto Ampaw is a super-brain, his intellectual capacity is huge.” 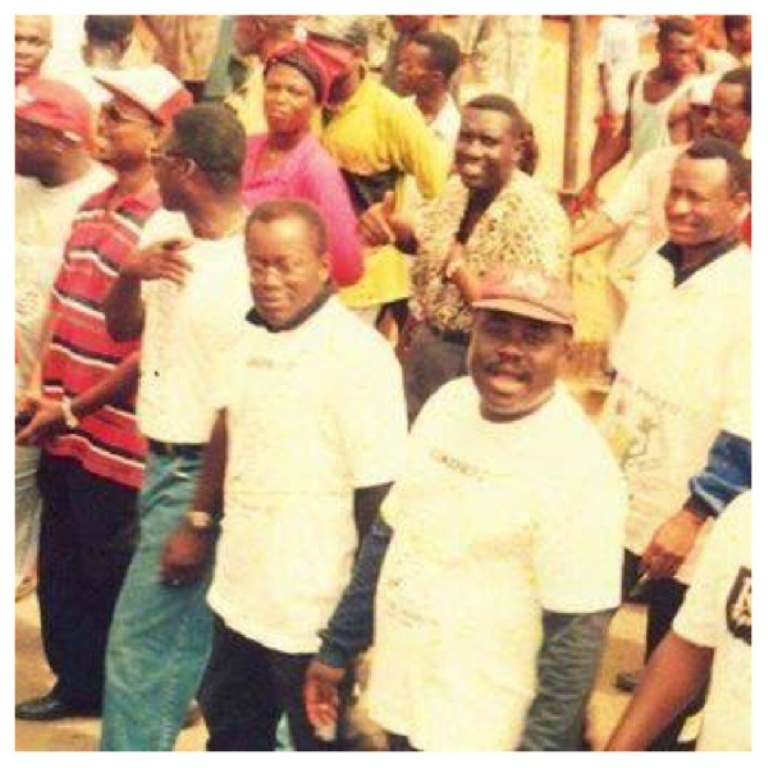 In the interview,Mr. Pratt Jnr revealed that the meetings prior to the May 11 demonstration were mostly held at the private residence of either Nana Addo Dankwa Akufo-Addo or Dr. Charles Wereko-Brobby.

About the ‘Kume Preko’ demo

‘Kume Preko’ which is translated as “You may as well kill me” was the name given to an anti-government demonstration that occurred in Ghana on May 11, 1995.

Nana Akufo-Addo, the current President of Ghana was widely described as the leader of the demonstration, although Mr. Pratt explained that he was originally the spokesperson for the group.

The protest took place in opposition to the Value Added Tax (VAT) initiative which was introduced under the Jerry John Rawlings administration.

It is said to have been one of the biggest protests ever organised in the country, with an estimated 100,000 people participating.

The demonstration was initially billed as a peaceful protest but quickly became violent when unidentified assailants shot live bullets into the crowd resulting in the deaths of a few protestors.